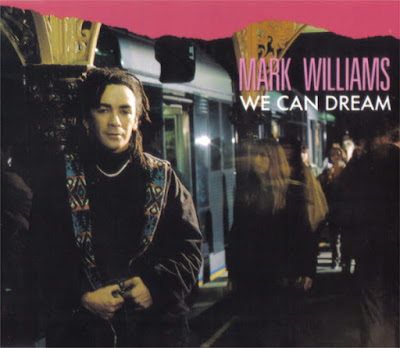 Mark Williams (born 1953) is a New Zealand-born pop/soul singer with Recording Industry Association of New Zealand (RIANZ) number one hit singles, "Yesterday Was Just the Beginning of My Life" (1975) and a cover of Buddy Holly's "It Doesn't Matter Anymore" (1977) before he relocated to Australia later that year. His single, "Show No Mercy" (1990) was a top ten hit in both countries. He has undertaken extensive touring in support of numerous Australian bands and worked in television, in 2006 he became the vocalist for the reformed New Zealand/Australian band, Dragon.
'We Can Dream' was produced by the famous Vanda & Young combination and came from the 1992 'Mind Over Matter' album.           Thanks to AussieRock