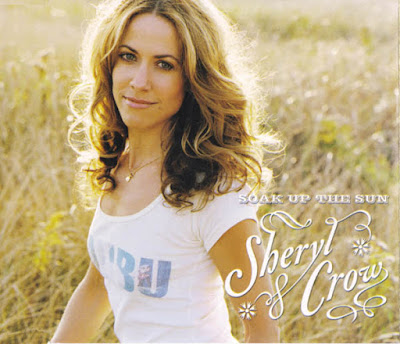 "Soak Up the Sun" is the title of a song recorded by American artist Sheryl Crow. It was released in March 2002 as the lead single from her album C'mon C'mon. The song, which features backing vocals by Liz Phair, peaked at number-one on the Billboard Adult Top 40 chart and hit number 5 on the Hot Adult Contemporary Tracks chart and #17 on the Hot 100 chart. In addition, "Soak Up the Sun" (remixed by noted DJ Victor Calderone) spent one week at #1 on the Billboard Hot Dance Club Play chart in June 2002; to date, this is Crow's only song to top this chart. It reached #16 on the UK Singles Chart.