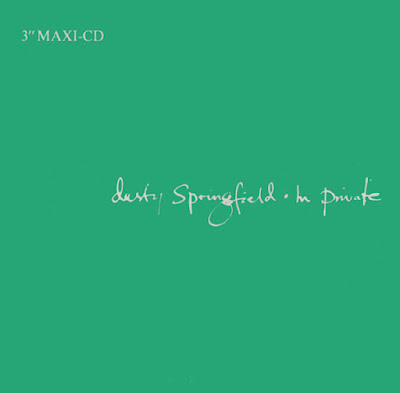 "In Private" was the third single in a row to be a charting success for British singer Dusty Springfield, after an absence of nearly two decades from the charts. Both "In Private" and Springfield's previous single, "Nothing Has Been Proved" were produced by Pet Shop Boys, who helped return Springfield to prominence with their 1987 hit collaboration "What Have I Done to Deserve This?". Both Springfield singles were included on her 1990 British album Reputation.


"In Private" peaked at #14 in the British charts.  Though not released as a single in the United States, it proved to be popular with club DJs on both coasts and charted on the Hot 100 Dance/Club Play charts, also at #14.