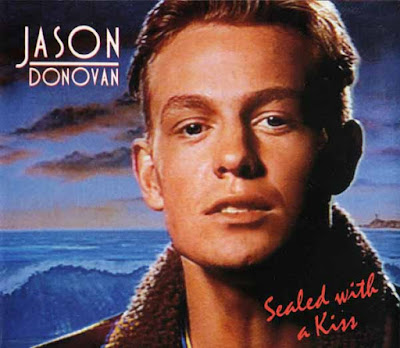 "Sealed with a Kiss" is a song written by Peter Udell and Gary Geld and was most successful as a 1962 hit single for Brian Hyland. In 1989, Jason Donovan released a cover version as the third single from his debut album, Ten Good Reasons. His version went straight into the UK Singles Chart at number one and stayed there for two weeks, also reaching the top in Finland and Ireland. The single reached a respectable #8 in Australia.