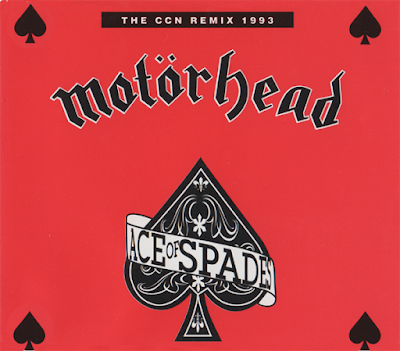 "Ace of Spades" is a song by British rock band Motörhead, released in 1980 as a single and the title track to the album Ace of Spades. The song spent 13 weeks in the UK Singles Chart, and originally peaked at number 15 upon its initial release. At the midweek point in January 2016 it reached No. 9 and in the official Friday charts they reached number 13, following the death of frontman Lemmy in December 2015 and subsequent dissolution of the band. It has sold 208,830 digital copies as of January 2016. It reached the summit of the UK Rock & Metal Singles and Albums Charts on 9 January 2016.

Email ThisBlogThis!Share to TwitterShare to FacebookShare to Pinterest
Labels: Motorhead