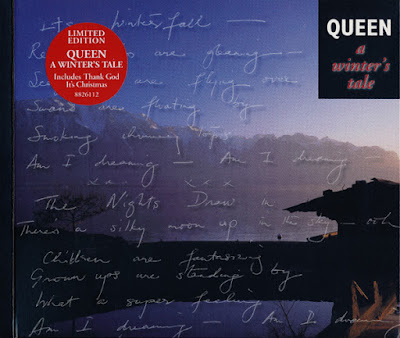 "A Winter's Tale" is a song by Queen, from the album Made in Heaven, released in 1995 after Freddie Mercury's death in 1991. It was written after the Innuendo sessions, inspired as Mercury was staring out the windows of his apartment, in Montreux. The song has a psychedelic, dreamy feel, and describes what Mercury saw outside the windows.
The song was released as the second single from the album. In the UK the single was also available in a special limited edition green paper CD case which resembled Christmas wrapping.