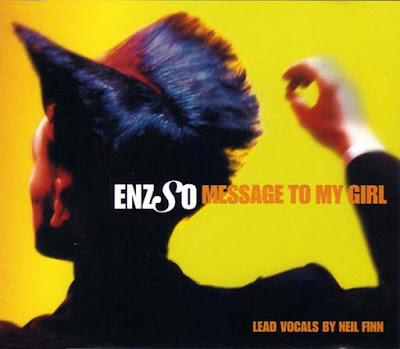 "Message to My Girl" is a song by ENZSO, released as the second single from their self-titled debut album, ENZSO. The single contains the B-sides "Stranger Than Fiction" and "Time for a Change", which are both available on the album. The song was originally performed by Split Enz for their seventh album Conflicting Emotions.

Email ThisBlogThis!Share to TwitterShare to FacebookShare to Pinterest
Labels: Enzso