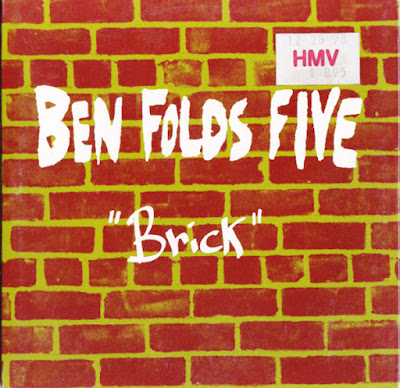 "Brick" is a song by American alternative rock group Ben Folds Five. It was released in November 1997 as a single from their album Whatever and Ever Amen and later on Ben Folds Live. The verses were written by Ben Folds about his high school girlfriend undergoing an abortion, and the chorus was written by the band's drummer, Darren Jessee. "Brick" was one of Ben Folds Five's biggest hits, gaining much mainstream radio play in the USA #19, the UK #26, and Australia #13 in 1998.