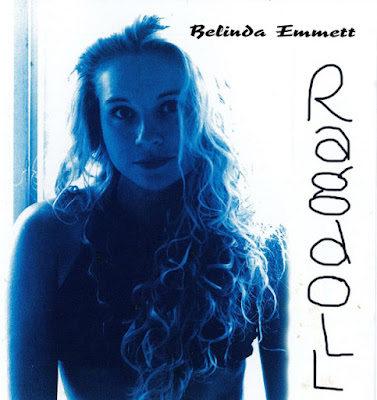 Belinda Jane Emmett (12 April 1974 – 11 November 2006) was an Australian actress and singer. She was best known for her roles in the TV drama series Home and Away and All Saints as well as comedy Hey Dad..!. She was married to comedian and media personality Rove McManus.Emmett worked at the local Coast Rock FM radio station and sang lead vocals in the band Big Baby Jam. In 1994, she gained her first major role on Australian television as Tracy Russell in the sitcom Hey Dad..!. In 1995 she joined Home and Away, playing Gail, a local fishermans daughter, who fell for Travis Nash, played by Nic Testoni. In 1996 she became the third actress to play Rebecca Fisher, where she portrayed the daughter of Donald Fisher and later wife of Travis Nash. This role earned her nominations for Silver Logie for Most Popular Actress in 1998 and 1999, as well as a Gold Logie nomination in 1999. She posed naked in the special "Angels and Devils" edition of the Australian nude celebrity art magazine Black+White.

Emmett was diagnosed with breast cancer in 1998, aged 24. She took a break from her role as Rebecca Fisher/Nash on Home and Away (during which time the part was played by Megan Connolly) and underwent surgery to remove a malignant tumour, followed by six weeks of radiotherapy. She left the cast of Home and Away the following year and went on to appear in nine episodes of All Saints as Jodi Horner between 2000 and 2001. In September 2001, on the set of the Australian film The Nugget in which she co-starred as Cheryl with Eric Bana, Emmett began to experience intense back pain. Further tests revealed that the cancer had spread to her bones. On 11 November 2006, Emmett died from cancer at St Vincent's Hospital in Sydney, 6 months before her 33rd birthday.