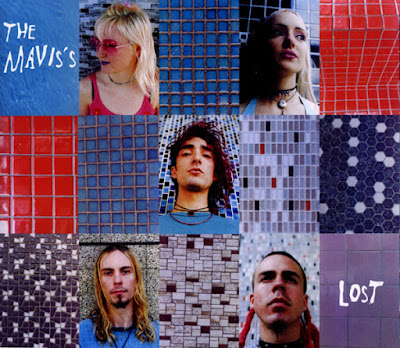 The Mavis's are an Australian rock band formed in Ballarat, Victoria in 1987. Founding mainstays are Becky Thomas (a.k.a. Beki Thomas, Beki Colada) on vocals and keyboards, her brother Matt Thomas on guitar and vocals (a.k.a. Matt Doll) and Andrea Vendy on drums. They were joined by Nick Gill (a.k.a. Nik Daniel) on guitar in 1990, and Josh Alexander on bass guitar in 1994. They released three studio album: Venus Returning (July 1996), Pink Pills (April 1998) – which reached No. 12 on the ARIA Albums Chart – and Rapture (March 2003). "Lost" is a 1996 single from the album Venus Returning it didn't make an impression on the Australian charts.

Email ThisBlogThis!Share to TwitterShare to FacebookShare to Pinterest
Labels: Mavis's