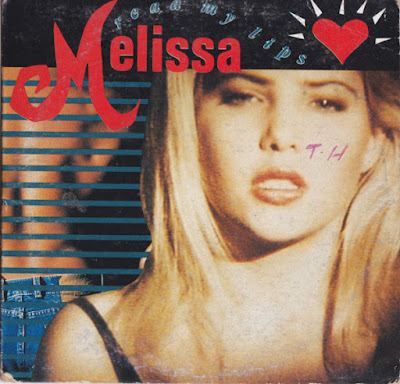 "Read My Lips" is a pop song written by Tony King and Roy Nicolson, produced by Leon Berger for Melissa's first album Fresh (1992). It was released as the album's first single in Australia as a CD single on 20 May 1991. Starring as Nikki Spencer on the Australian soap opera E Street at the time the song was released, it became Melissa's first and only number-one hit.

"Read My Lips" was the only number one hit in 1991 by a solo female Australian singer and was nominated for two ARIA Awards. The song debuted on the Australian ARIA Singles Chart on 3 June 1991 at number forty-one. After just six weeks of being in the charts, the song had made its way to number one, knocking "The Grease Megamix" off the top spot. It stayed there for another week but then was knocked off the top by "(Everything I Do) I Do It for You" by Bryan Adams. "Read My Lips" became Melissa's highest selling single of her career, spending eighteen weeks in the top fifty, and twenty-one weeks in the top 100. The single was certified platinum by ARIA, becoming the sixth highest selling single for 1991. "Read My Lips" won the ARIA Award for "Highest Selling Single" for 1992.

Email ThisBlogThis!Share to TwitterShare to FacebookShare to Pinterest
Labels: Melissa