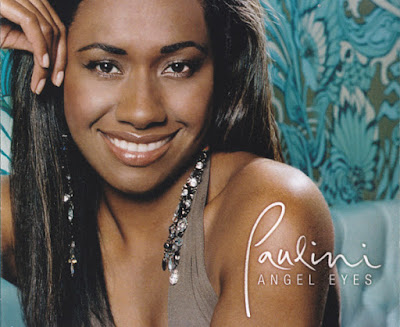 Pauline Curuenavuli (born 15 October 1982), known professionally as Paulini, is a Fijian-born Australian singer, songwriter and actress. Born in Suva, Fiji, Paulini moved to Sydney, Australia with her family at the age of four. She rose to fame in 2003 as a contestant on the first season of Australian Idol and placed fourth in the competition. Paulini subsequently signed a recording contract with Sony BMG Australia and released her debut studio album One Determined Heart (2004), which debuted at number one on the ARIA Albums Chart and was certified platinum. The album included the platinum single "Angel Eyes", which spent three consecutive weeks at number one on the ARIA Singles Chart. Paulini received two ARIA No. 1 Chart Awards for both the album and single.

Email ThisBlogThis!Share to TwitterShare to FacebookShare to Pinterest
Labels: Paulini