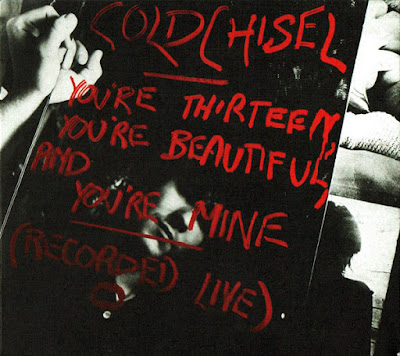 You're Thirteen, You're Beautiful, and You're Mine is a live EP by Australian pub rock band Cold Chisel, recorded at the Regent Theatre in Sydney in October 1978, and released in November. After a long period of unavailability, the EP was re-released as a bonus disc with the second pressing of the 1991 compilation album Chisel. The EP was later made available digitally, as well as reissued on disc in 2011.