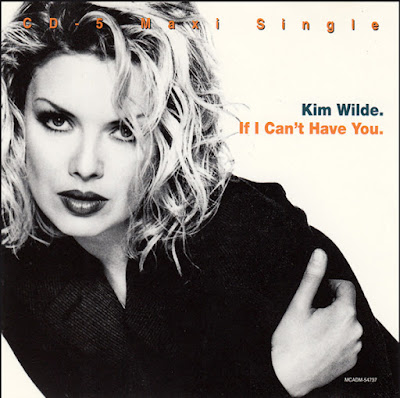 "If I Can't Have You" is a disco song written by Barry, Robin and Maurice Gibb in 1977. The song initially appeared on the Saturday Night Fever soundtrack in a version by Yvonne Elliman, released in November 1977. The Bee Gees' version appeared a month later as the B-side of "Stayin' Alive".


The song was covered in 1993 by British singer Kim Wilde and recorded as one of two new tracks on her compilation album The Singles Collection 1981–1993. The single reached number 12 in the UK. It became Wilde's biggest hit of the 1990s and one of the biggest hits of her career in Australia, where it reached number 3. It was released in several extended remixes on the 12" and CD-single formats. The B-side was an exclusive non-album track called "Never Felt So Alive".