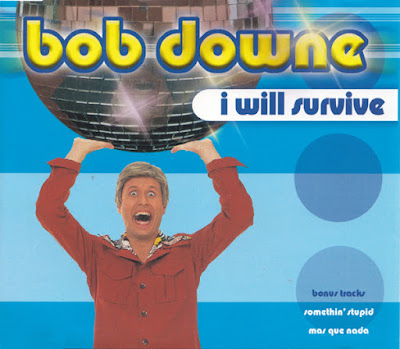 Mark Trevorrow (born 4 February 1959 in Melbourne, Victoria), is an Australian comedian, television host and media personality. He first came to prominence in the cabaret duo Globos with Wendy De Waal, and they scored two Australian Top 20 hits with quirky covers of "Tintarella di luna" (1982) and Sonny & Cher's "The Beat Goes On" (1983), both of which were produced by Red Symons. In 1984 he formed a comedy duo in with Cathy Armstrong, in which his flamboyant alter ego Bob Downe was born. "Bob Downe" is a cheesy, safari-suit-wearing lounge singer with dazzling teeth, and host of the fictional regional daytime TV show Good Morning Murwillumbah. The distinction between the two personae is often blurred.