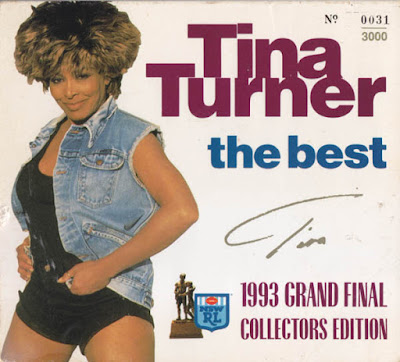 The song was covered by Tina Turner, and released as a highly successful single in 1989. It was included on her hit album Foreign Affair. The saxophone solo on Turner's version is played by Edgar Winter. In 1992 Turner recorded "(Simply) The Best", a duet version of the song with Australian rock singer Jimmy Barnes, to promote that year's New South Wales Rugby League season in Australia. The single subsequently appeared on a limited edition bonus disc as part of the Australian release of her compilation album Simply The Best.