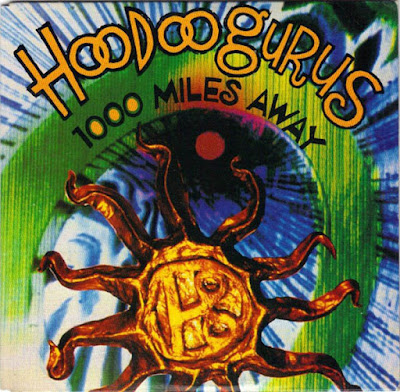 "1000 Miles Away" is a single by  Australian rock group Hoodoo Gurus that was written by Dave Faulkner. It was released by RCA Records in June, 1991 and reached #33 on the Australian singles chart The single was also released as a limited edition picture disc, on which the B-side is not listed but titled as 4 symbolic drawings: an eye, a light bulb, a horseshoe, and a circle with a line through it (for back cover see below right, when read using the Rebus Principle this becomes "I Think You Know"). It was also released as a cassette single with free 'Kinky' Hoodoo Gurus magazine.