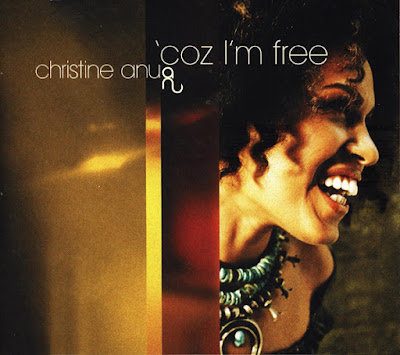 "'Coz I'm Free" is a song recorded by Christine Anu. It was released in April 2001 as the third and final single from her gold-selling, second studio album, Come My Way (2000). The song is inspired by Anu's hero Cathy Freeman. At a Mushroom Records press release, Anu said; “I met Cathy at the ARIA Music Awards a couple of years ago but it wasn’t until I saw her in Seville... that "‘Coz I’m Free" came together. I watched her win the World Championships and then we caught up in London not long afterwards…. She’s so inspiring—her focus, how hard she trains, all that she’s achieved. When I watched the race in Seville, the camera zoomed in on her tattoo and I got the idea then for a song.”The song peaked at number 86 on the ARIA Chart.