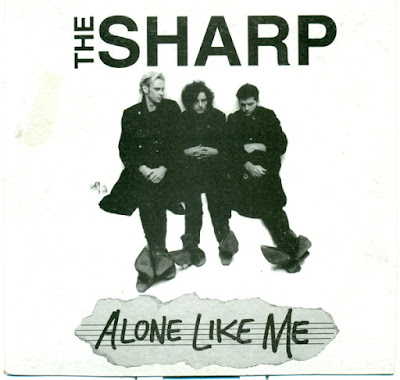 The Sharp were a three-piece pop, rockabilly band which formed in 1991 with Allan Catlin on double bass and lead vocals, Piet Collins on drums and Charlie Rooke on guitar and lead vocals. They issued three albums, This Is the Sharp (September 1993), Sonic Tripod (October 1994) and Single File (compilation, September 1995). Their highest charting single, "Alone Like Me" (1994), reached the ARIA Singles Chart top 20. They disbanded in October 1995. Thanks to Mustang

Email ThisBlogThis!Share to TwitterShare to FacebookShare to Pinterest
Labels: Sharp