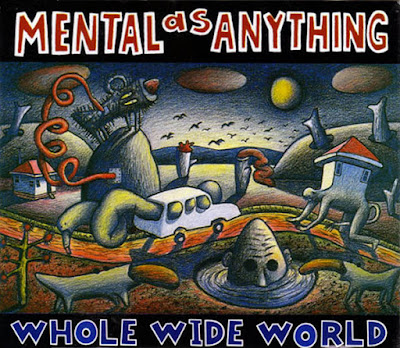 "Whole Wide World" is a song written by English rock singer-songwriter Eric Goulden, better known as Wreckless Eric. The song was never a chart hit single for Goulden, though it subsequently became his most well-known recording. The only charted version of "Whole Wide World" was a cover by the Australian band Mental As Anything, who took it to No. 53 on the Australian singles chart in 1995.