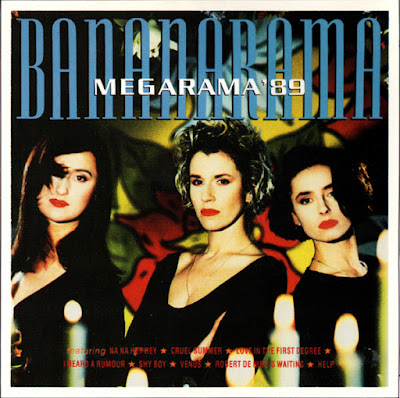 "Megarama '89" is a megamix of songs by English girl group Bananarama. It was released as a single in 1989 in Germany, Japan and France. The French single differs from the version released in Germany and Japan. The megamix does not appear on any of Bananarama's albums and has not been included on any of the group's greatest hits packages. The single had its greatest success in France, where it peaked at number seventeen.

01 Megarama '89 (Full Length Version)
02 I Heard a Rumour (Corporation Of Bananarama Remix)
03 Venus (The Greatest Remix)
Posted by Deutros at 23:11

Email ThisBlogThis!Share to TwitterShare to FacebookShare to Pinterest
Labels: Bananarama