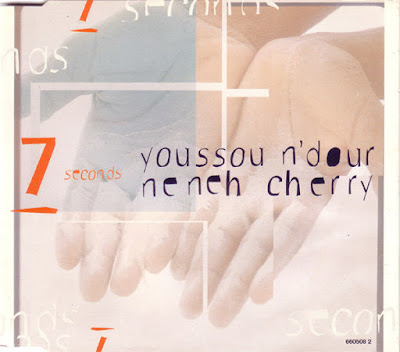 "7 Seconds" is a song composed by Youssou N'Dour, Neneh Cherry, Cameron McVey and Jonathan Sharp. It was released in 1994 as a single performed by Youssou N'Dour and Neneh Cherry. It achieved much success, reaching the top chart position in numerous countries. 7 Seconds reached the top three in several countries, including the United Kingdom, Sweden, Portugal, Germany, The Netherlands, Australia, Russia and Poland, and climbed to the top position in France, Switzerland, Finland and Italy. It stayed at No. 1 for 16 consecutive weeks on the French Singles Chart, which was the record for the most weeks at the top at the time. The single also remained at the top position on the Italian Singles Chart for nine consecutive weeks in the autumn of that year.