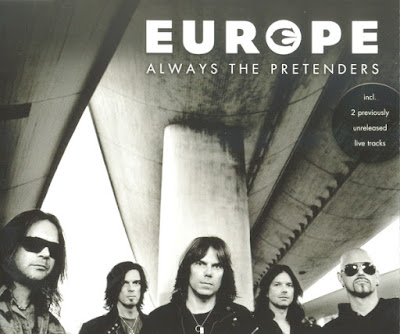 "Always the Pretenders" is a 2006 single released by the Swedish rock band Europe. It is the first single from Europe's album Secret Society, and was released on 11 October 2006. The single peaked at number 2 on the Swedish singles chart. The song is co-written by vocalist Joey Tempest and bassist John Levén, and was inspired by a phonecall Tempest received on 11 September 2001.

Email ThisBlogThis!Share to TwitterShare to FacebookShare to Pinterest
Labels: Europe