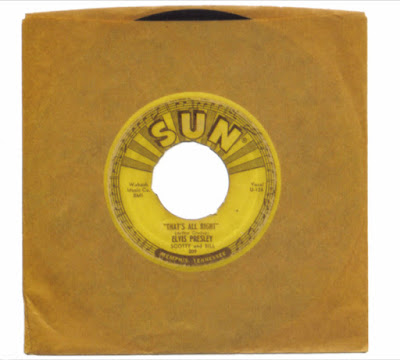 "That's All Right Mama" is a song written and originally performed by blues singer Arthur Crudup. It is best known as the debut single recorded and released by Elvis Presley. Presley's version was recorded on July 5, 1954, and released on July 19, 1954 with "Blue Moon of Kentucky" as the B-side. It was ranked number 113 on the 2010 Rolling Stone magazine list of the "500 Greatest Songs of All Time".

In July 2004, exactly 50 years after its first issuing, the song was released as a CD single in several countries, reaching number three in the United Kingdom, number 31 in Australia, number 33 in Ireland, and number 47 in Sweden.  Thanks to AussieRock.