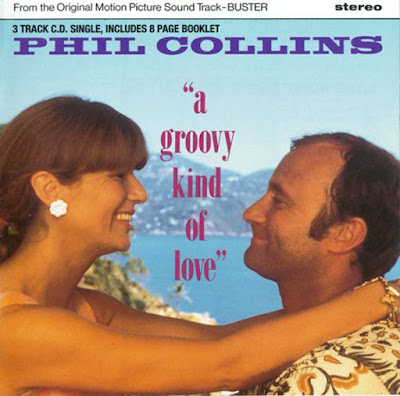 Phil Collins recorded a version of "A Groovy Kind of Love" in 1988. He had originally suggested the song as a good one for collaborator Stephen Bishop to record, with Collins producing. Collins originally recorded his demo version as a suggestion for the film Buster (1988), then found out later that the demo was actually used in the film. He later decided to record it himself when he took the starring role in the film, which was set in the 1960s. The song was originally released on Buster: The Original Motion Picture Soundtrack. A live version appeared on his Serious Hits... Live! album. "A Groovy Kind of Love" reached the #1 position in the UK and the USA while in Australia it ranked #2.