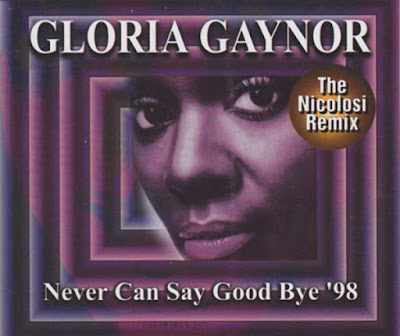 "Never Can Say Goodbye" is a song written by Clifton Davis and originally recorded by The Jackson 5. A second major version, re-imagined as a disco record by Gloria Gaynor in 1974, was a number-nine hit on the U.S. Pop Singles chart and went to number 34 on the Soul Singles chart. The Gloria Gaynor version became one of the defining recordings of the disco era. Indeed, her version peaked at number two in the United Kingdom during January 1975, and number three in Canada, surpassing the Jackson Five's original recording in those nations. Gaynor has re-recorded the song on more than one occasion, in increasingly fast tempos, and subsequent remixes have hit the dance charts.