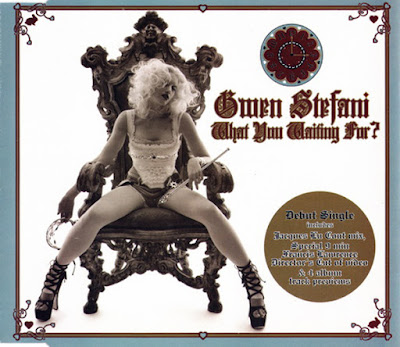 "What You Waiting For?" is a song by American singer Gwen Stefani from her debut solo studio album, Love. Angel. Music. Baby. (2004). Written by Stefani and Linda Perry, the song is the album's opening track and was released as Stefani's debut solo single. "What You Waiting For?" details Stefani's lack of inspiration, fear of producing the album, as well as her reaction to pressures exerted by her record label. It is primarily an electropop song and introduces Stefani's four back-up dancers, the Harajuku Girls, who had a major input into the album's production.

"What You Waiting For?" was released as the album's lead single; according to Stefani, as an "explanation for doing the record". The song was well received by critics, and was frequently cited as a highlight of the album. The single was commercially successful, topping the chart in Australia and reaching the top 10 in several countries. It was certified gold in the United States, and was nominated for Best Female Pop Vocal Performance at the 47th Grammy Awards. The song has been remixed a number of times, and was covered by the indie rock band Franz Ferdinand and singer Marina and the Diamonds.