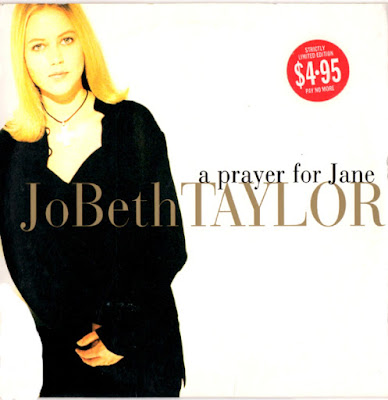 Joanne Rebecca Guilfoyle (born 29 May 1971), known professionally as Jo Beth Taylor, is an Australian television presenter, actor and singer most well known for hosting three weekly programs at the same time in the 1990s on the Nine Network: Australia's Funniest Home Video Show (1993–1997), Hey Hey It's Saturday (1995–1997) and What's Up Doc? (1996–1997), before taking a hiatus from television for more than two years.

Upon her return Taylor hosted StarStruck (2000), which was to be her last regular role until Dirty Jobs (2007). During the 1990s Taylor also had a music career with the release of an album and four singles, and had starring stage roles in musical theatre. In recent years Taylor has appeared on reality television programs Dancing with the Stars (2010) and I'm a Celebrity...Get Me Out of Here! "A Prayer for Jane" reached #61 on the Australian chart.