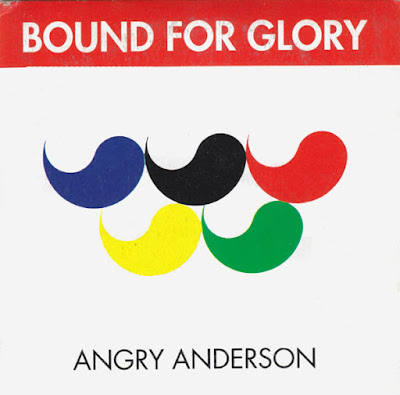 "Bound For Glory" is a song that was released in 1990 by Angry Anderson. It soon became very successful in Australia.
This song was released in Australia on 7 October, 1990, and entered the charts at #50. It remained in the charts for eleven weeks, jumping in the second week from #50 to #34. It continued to climb into the top twenty in the third week at #18. It jumped again into the top five in week four at #3. It remained at #3 for two weeks, before climbing to the top spot in week six, where it remained for three consecutive weeks. It then dropped dramatically to #47 in the tenth week and to #78 in week eleven, before dropping out of the top 100 altogether.

It wes released again in 1992 with all proceeds going towards the Australian Paralympic Federation. The B-Side is an instrumental by Tommy Emmanuel.