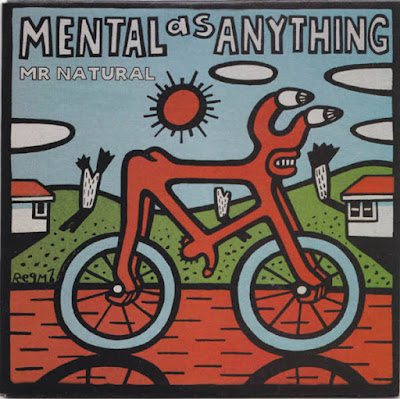 Mental As Anything are an Australian new wave/pop-rock band formed at an art school in Sydney in 1976.[ Its most popular line-up (which lasted from 1977-1999) was Martin Plaza (birth name Martin Murphy) on vocals and guitar; Reg Mombassa (birth name Chris O'Doherty) on lead guitar and vocals; his brother Peter "Yoga Dog" O'Doherty on bass guitar and vocals; Wayne "Bird" Delisle (birth name David Twohill) on drums; and Andrew "Greedy" Smith on vocals, keyboards and harmonica.

Mr. Natural Peaked at #27 on the Australian charts and had a stay of 13 weeks.