Johnny Diesel And The Injectors - 1989 - Live In London 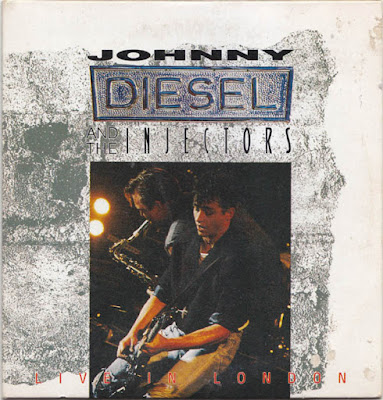 "Live In London EP" is the first (EP) by Australian rock group Johnny Diesel and the Injectors. It was recorded in May 1989 and released in July 1989.

The EP was recorded while the group were touring United Kingdom in mid-1989. They broadcast a live performance on 14 May by BBC Radio 1 for the Tommy Vance Sessions, produced by Tony Wilson. The recording was released in July and appeared in the ARIA top 30 at #27.

Email ThisBlogThis!Share to TwitterShare to FacebookShare to Pinterest
Labels: Johnny Diesel, Johnny Diesel And The Injectors