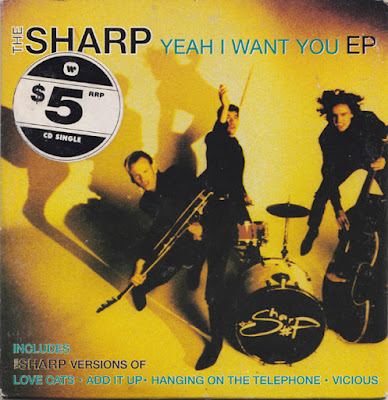 The Sharp was a 3-piece pop/rock band from Melbourne, Australia. The band formed in 1988 with Charlie Rooke on guitar and lead vocals, Allan Catlin on double bass and lead vocals, and Danny Simcic / Tony Day on drums. "Yeah I Want You" is the third single release off the This is the Sharp Album by Australian pop-rock band The Sharp. It was recorded at Platinum Studios in Melbourne, Australia. "Yeah I Want You"  charted at #44 on the Australian charts

Email ThisBlogThis!Share to TwitterShare to FacebookShare to Pinterest
Labels: Sharp