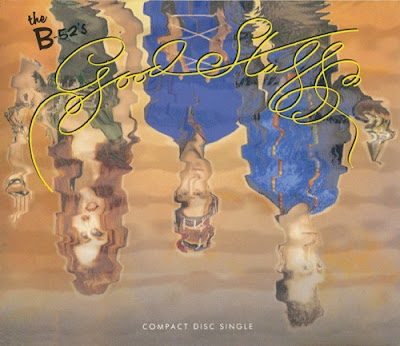 "Good Stuff" is a song by The B-52's and the title track from their 1992 album of the same name. The instrumental non-album track "Return To Dreamland" was the B-side on some editions, while remixes were featured on other versions. The song reached number 28 on the US Billboard Hot 100 and number one on the US Modern Rock Tracks chart. It also peaked at number 21 in the United Kingdom, number 23 in New Zealand and number 24 in Canada. The music video for "Good Stuff" includes a cameo appearance by RuPaul.

Email ThisBlogThis!Share to TwitterShare to FacebookShare to Pinterest
Labels: B-52's