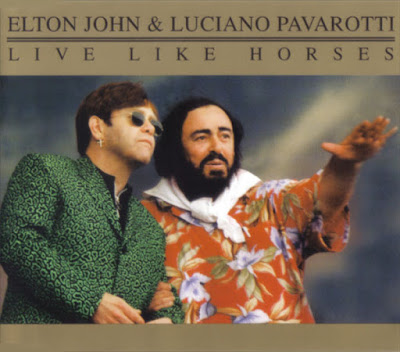 "Live Like Horses" was originally recorded in 1994 and intended for John's previous studio album, Made in England, but lack of time for the inclusion ruled this out. The single version of the song, released in 1996, was a duet with Luciano Pavarotti, the single reached #9 in the UK.