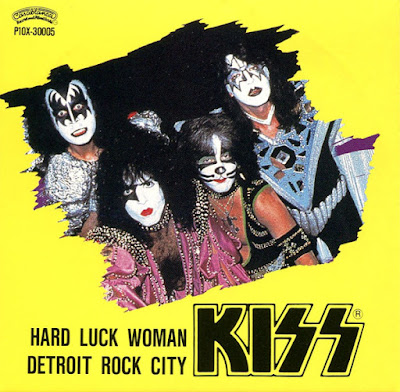 "Hard Luck Woman" is a song by American hard rock band Kiss and the lead single from their 1976 album, Rock and Roll Over. It was originally written by Paul Stanley as a possible track for Rod Stewart, but after the success of the ballad "Beth", Kiss decided to keep it for themselves as a follow-up.[1] Stanley has stated his admiration and love of Stewart's music numerous times, and that "Hard Luck Woman" was inspired by Rod Stewart, in particular the songs "Maggie May" and "You Wear It Well".

Sung by Peter Criss, the single was an attempt to follow the success of the hit single "Beth" released earlier in the year by releasing another love song sung by Criss. It proved to be a Top 20 hit in the US, peaking at number 15.