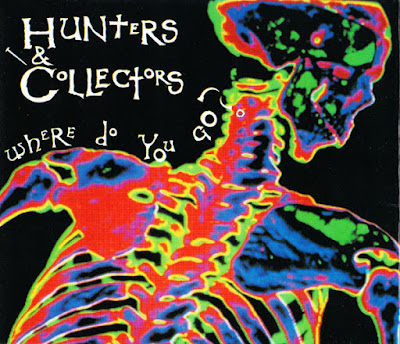 Hunters & Collectors are an Australian rock band formed in 1981. Fronted by founding mainstay, singer-songwriter and guitarist Mark Seymour, they developed a blend of pub rock and art-funk. Other mainstays are John Archer on bass guitar, Doug Falconer on drums and percussion. Soon after forming they were joined by Jack Howard on trumpet and keyboards, Jeremy Smith on French horn, guitars and keyboards, and Michael Waters on trombone and keyboards. Also acknowledged as a founder was engineer and art designer Robert Miles. Joining in 1988, Barry Palmer, on lead guitar, remained until they disbanded in 1998. The group reformed in 2013 with the 1998 line-up.

"Where Do You Go?" was released in 1991 and was the first single from the album Cut it reached #33 on the Australian charts and #49 on the New Zealand charts.