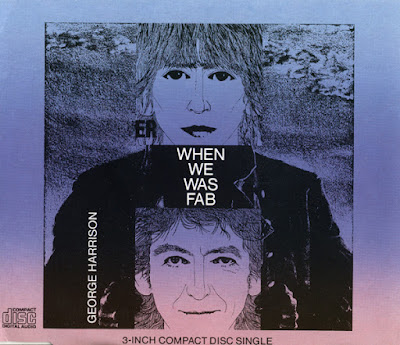 "When We Was Fab" is a song by English musician George Harrison, which he released on his 1987 album Cloud Nine. It was also issued as the second single from the album, in January 1988. The lyrics serve as a nostalgic reflection by Harrison on the days of Beatlemania during the 1960s, when the Beatles were first referred to as "the Fab Four". Harrison co-wrote the song with Jeff Lynne, who also co-produced the track. The recording references the psychedelic sound that the Beatles had helped popularise in 1967, through its use of sitar, cello, and backwards-relayed effects. Harrison's former Beatles bandmate Ringo Starr is among the other musicians on the track.

In the United Kingdom, it peaked at number 25 on the UK Singles Chart, and in the United States, the song peaked at number 23 on Billboard magazine's Hot 100 chart. It was Harrison's last top 40 hit in the US, and the second such hit in which the lyrics reflect on his years as a Beatle – the other being "All Those Years Ago" (1981).