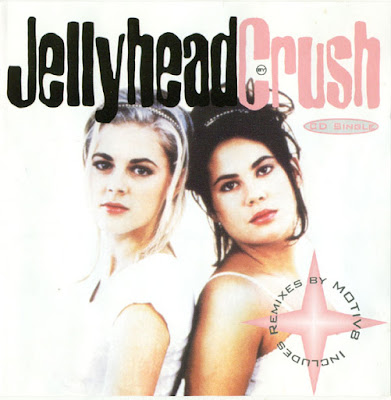 Byker Grooove – girl band starring Donna Air ('Charlie'), Jayni Hoy ('Leah') and Vicky Taylor ('Angel') whose single "Love Your Sexy" reached UK No. 47 in December 1994. Byker Grooove evolved into the duo Crush with Jayni Hoy and Donna Air. (Singles included "Jellyhead" (UK No. 50) and "Luv'd Up" (UK No. 45) on Telstar Records.) In the United States, where Byker Grove did not air and nor was the group promoted as being associated with the series, "Jellyhead" reached No. 72 on the Billboard Hot 100 in 1996.

Email ThisBlogThis!Share to TwitterShare to FacebookShare to Pinterest
Labels: Crush