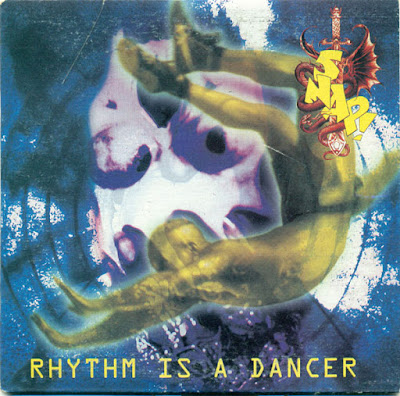 "Rhythm Is a Dancer" is a song by German eurodance group Snap!. It was released in March 1992 as the second single from their second studio album The Madman's Return (1992). Written by Benito Benites, John "Virgo" Garrett III (aliases for German producers Michael Münzing and Luca Anzilotti) and Thea Austin, the song was released as the second single from The Madman's Return album on 30 March 1992.

The song was an international success, topping the charts in France, Ireland, Italy, Netherlands, Germany and the United Kingdom. It also reached the top-five on the US Billboard Hot 100 and number one on the Dance Club Songs chart. It spent six weeks at the top of the UK Singles Chart, becoming the second biggest-selling single of 1992, surpassed only by Whitney Houston's version of "I Will Always Love You".

Email ThisBlogThis!Share to TwitterShare to FacebookShare to Pinterest
Labels: Snap