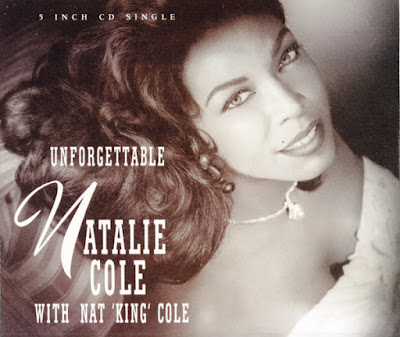 "Unforgettable" is a popular song written by Irving Gordon and produced by Lee Gillette. The song's original working title was "Uncomparable"; however, the music publishing company asked Gordon to change it to "Unforgettable". The song was published in 1951. The most popular version of the song was recorded by Nat King Cole in 1951 from his album Unforgettable (1952), with an arrangement written by Nelson Riddle.

American singer Natalie Cole released a cover of the song on her album Unforgettable... with Love (1991). The song, remixed as a "virtual duet" with her father, Nat King Cole, reached number three on the US Billboard Adult Contemporary chart, number one on the Canadian RPM Adult Contemporary chart, and number two on the Australian Singles Chart. The performance of the song at the 1992 Grammy Awards was released on the 1994 album Grammy's Greatest Moments Volume I.

01 Unforgettable
02 Cottage for Sale
03 Non Dimenticar
Posted by Deutros at 08:13