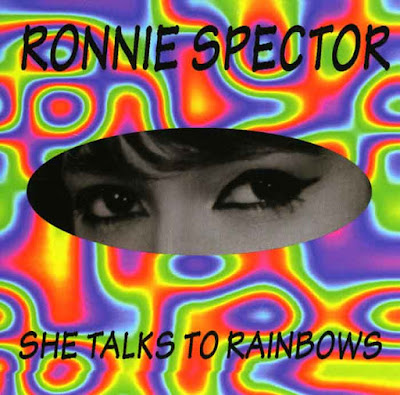 Ronnie Spector (born Veronica Yvette Bennett; August 10, 1943) is an American singer. Spector was the lead singer of the rock/pop vocal girl group the Ronettes, who had a string of hits during the early to mid–1960s such as "Be My Baby", "Baby, I Love You", and "The Best Part of Breakin' Up". Subsequently, Spector launched her solo career and has since released five studio albums (Siren in 1980, Unfinished Business in 1987, Something's Gonna Happen in 2003, Last of the Rock Stars in 2006, and English Heart in 2016) and one extended play (She Talks to Rainbows in 1999).

She Talks to Rainbows is the 1999 EP album released by Ronnie Spector. It was critically acclaimed, but did not perform well with the public. With the exception of the track "I Wish I Never Saw the Sunshine", the EP was produced by Joey Ramone and Daniel Rey. The album contained two late-period Ramones songs ("She Talks to Rainbows", from ¡Adios Amigos!, and "Bye Bye Baby", from Halfway to Sanity), and versions of songs by The Beach Boys, Johnny Thunders and The Ronettes.