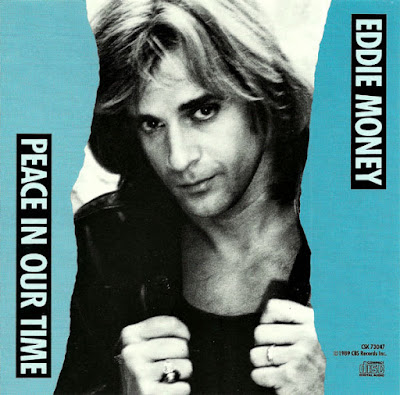 "Peace in Our Time" is a song that became a hit in the US and Canada for Eddie Money in 1989, and in the UK for Cliff Richard in 1993. The song was written by Andy Hill and Peter Sinfield and was originally released by Jennifer Holliday on the 1988 Summer Olympics album One Moment in Time for the Olympics held in Seoul, South Korea.

American rock singer Eddie Money released his version as a single in 1989 and included it on his album Greatest Hits: The Sound of Money. The single debuted on the Billboard Hot 100 chart on December 2, 1989 and reached a peak position of number 11. It also reached number two Mainstream Rock and number 34 on the Adult Contemporary chart. In Canada, "Peace in Our Time" reached number three.