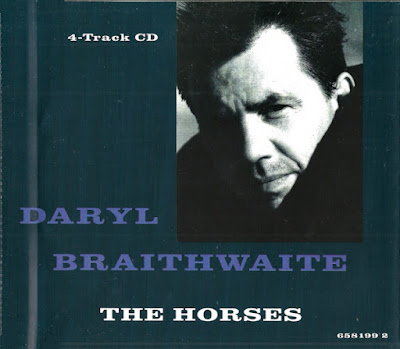 "The Horses" is a song written by Rickie Lee Jones and Walter Becker. The song was covered by Daryl Braithwaite on his 1990 album Rise. It was released as a single in January 1991 and reached No. 1 on the Australian singles chart in May. "The Horses" was certified platinum in Australia by ARIA. Margaret Urlich provided the female vocals on the recording but chose not to appear in the music video due to other work commitments. A model, Gillian Mather, lip-synced Urlich's voice for the video.

In May 2016, while celebrating the 25th anniversary of the song peaking at number 1 in Australia, Braithwaite said: "I would never have thought that 25 years down the track, 'The Horses' – a song that I heard quite by accident and then recorded, would be liked by so many people for so many different reasons. And for this I am eternally grateful. I am sure that Rickie Lee Jones and Walter Becker could never imagine how endearing the song would and has become." The song was certified 5× Platinum in December 2017.