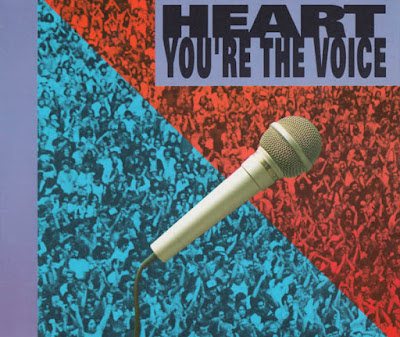 As a lead promotion for their first live album Rock the House Live! in 1991, US rock band Heart released their live version of "You're the Voice" as a single. It was captured during the US leg of their Brigade world tour in November 1990. The single performed moderately well, reaching No. 20 on the US Mainstream Rock chart. In the UK, the single was a minor hit, reaching No. 56. In Australia "You're the Voice" is best known as the comeback single for John Farnham which was a huge hit for him.

Email ThisBlogThis!Share to TwitterShare to FacebookShare to Pinterest
Labels: Heart