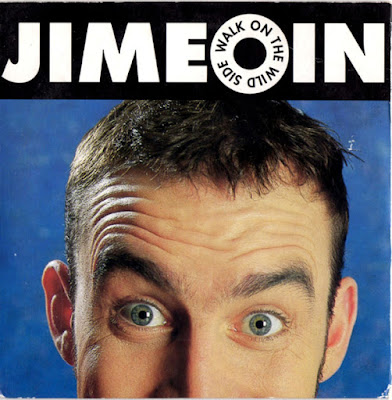 Jimeoin born James Eoin Stephen Paul McKeown, 24 January 1966) is an Irish stand-up comedian and actor. He rose to prominence in Australia in the early 1990s, and had his own TV show. Walk On The Wild Side is a cover of Lou Reed‘s 1972 track of the same name. Jimeoin‘s cover reached Number 58 in the ARIA charts, with the music video set in a grocery store with appearances of his stage friends Glenn Robbins (as his Fast Forward character Les Larby) and Bob Franklin.

Email ThisBlogThis!Share to TwitterShare to FacebookShare to Pinterest
Labels: Jimeoin