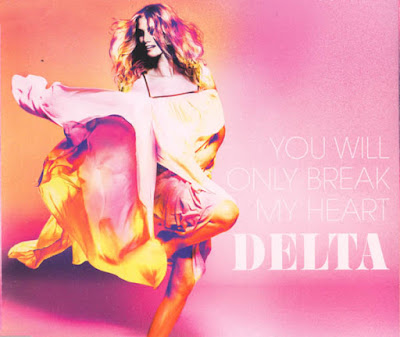 "You Will Only Break My Heart" is the third single from Delta Goodrem's third studio album Delta. It was released to Australian radio on 25 February and had a physical release on 29 March. The song was written by Brian McFadden, Stuart Crichton and Tommy Lee James, with Delta Goodrem. It was produced by Crichton and Marius de Vries.

The song was well received for its upbeat perky music and reggae vibe reaching #14 on the Australian charts. It is called a "frolicking reggae finger-snapper", "a sense of fun in her music" and "follows through with everything from the fun electronica/reggae"