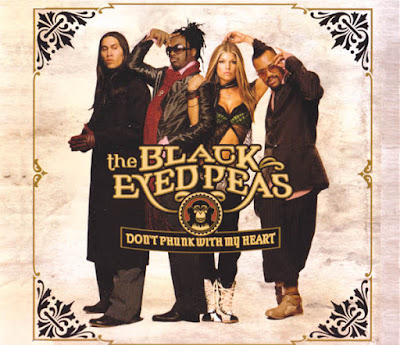 "Don't Phunk with My Heart" (censored as "Don't Mess with My Heart") is a song recorded by American recording group The Black Eyed Peas, taken from the fourth studio album Monkey Business (2005). It was written by band members will.i.am, Fergie, George Pajon, Jr. and Printz Board; will.i.am also produced and engineered the song. The song features compositional samples of songs derived from two Bollywood films of the 1970s, Apradh (1972) and Don (1978), as well as interpolations of Lisa Lisa and Cult Jam's 1985 single "I Wonder If I Take You Home" and Gucci Crew II's 1988 single "Sally (That Girl)". The song was released as the first single from Monkey Business; it was first serviced to mainstream radio on April 12, 2005 in the United States.

"Don't Phunk with My Heart" is a hip hop and dance song in which the lyrics, according to will.i.am, tells of a situation between a couple when one tries to end the relationship and the other is in disbelief. The song was received positively by most contemporary music critics, with many of them naming it one of the album's highlights. "Don't Phunk with My Heart" was also met with a positive commercial response; it peaked at number three on the US Billboard Hot 100 and at number one in the Australia and New Zealand. It also attained top ten positions in many European countries including the United Kingdom, Ireland, the Netherlands, and Finland.