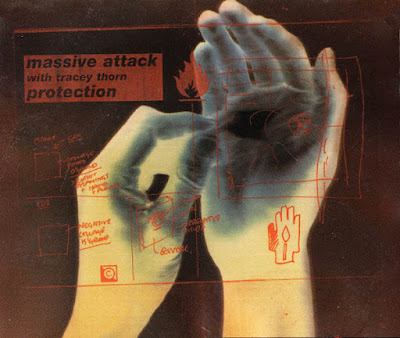 "Protection" is a collaboration between Massive Attack and Everything But the Girl singer Tracey Thorn, that appeared on Massive Attack's second album Protection on CD and 12" in 1994 as a second single. It reached #14 on the UK Singles Chart, staying there for four weeks, and also peaked at #27 in New Zealand and a lowly #91 in Australia. The song was also included on Everything But the Girl's compilations The Best of and Like the Deserts Miss the Rain.

The song contains samples taken from "The Payback" by James Brown, namely the hi-hat/bass figure that drives the beat and the recurrent wah-wah guitar chord.