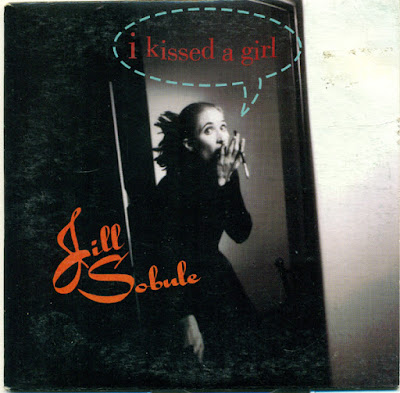 Jill Sobule (born January 16, 1961) is an American singer-songwriter best known for the 1995 single "I Kissed a Girl", and "Supermodel" from the soundtrack of the 1995 film Clueless. Her folk-inflected compositions alternate between ironic, story-driven character studies and emotive ballads, a duality reminiscent of such 1970s American songwriters as Warren Zevon, Harry Nilsson, Loudon Wainwright III, Harry Chapin, and Randy Newman. Autobiographical elements, including Sobule's Jewish heritage and her adolescent battles with anorexia and depression, frequently occur in Sobule's writing."I Kissed a Girl" is a 1995 song by Jill Sobule. It reached number 20 on the US Billboard Modern Rock Tracks chart, number 67 on the Billboard Hot 100, and number 36 on the Australian ARIA Singles Chart. In Canada, it debuted and peaked at number 15 on the newly established RPM Alternative 30 chart. Thanks to Mustang