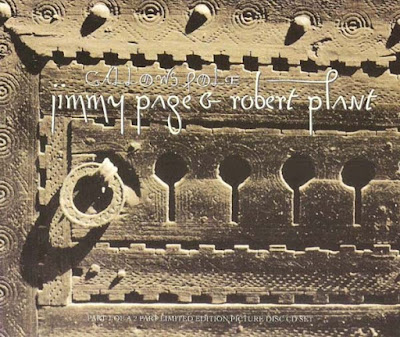 No Quarter is a live album by Jimmy Page and Robert Plant, both formerly of English rock band Led Zeppelin. It was released by Atlantic Records on 14 October 1994. The long-awaited reunion between Jimmy Page and Robert Plant occurred on a 90-minute "UnLedded" MTV project, recorded in Morocco, Wales, and London. "Gallows Pole" was the first single of the album and charted #2 on the US Billboard chart #14 on the Canadian RPM Top 100 chart, #35 on the UK singles chart and #46 on the Australian Aria chart.